Toilets with a button flush are the most common and handy of the lot. Just when you are done emptying your bowls, push the button. Get done with the nasty waste from the toilet instead of pulling or pushing a lever or chain.

However, the handiest ones also come with their issues. And one common issue with the toilets is the running water that could cause gallons of water wastage in the long term.

Toilets with a button flush have the same issue. So, the moment one faces the inconvenience of a running toilet, the foremost move has to be anyhow fixing it. You can call a plumber, or the best bet, try fixing it yourself. 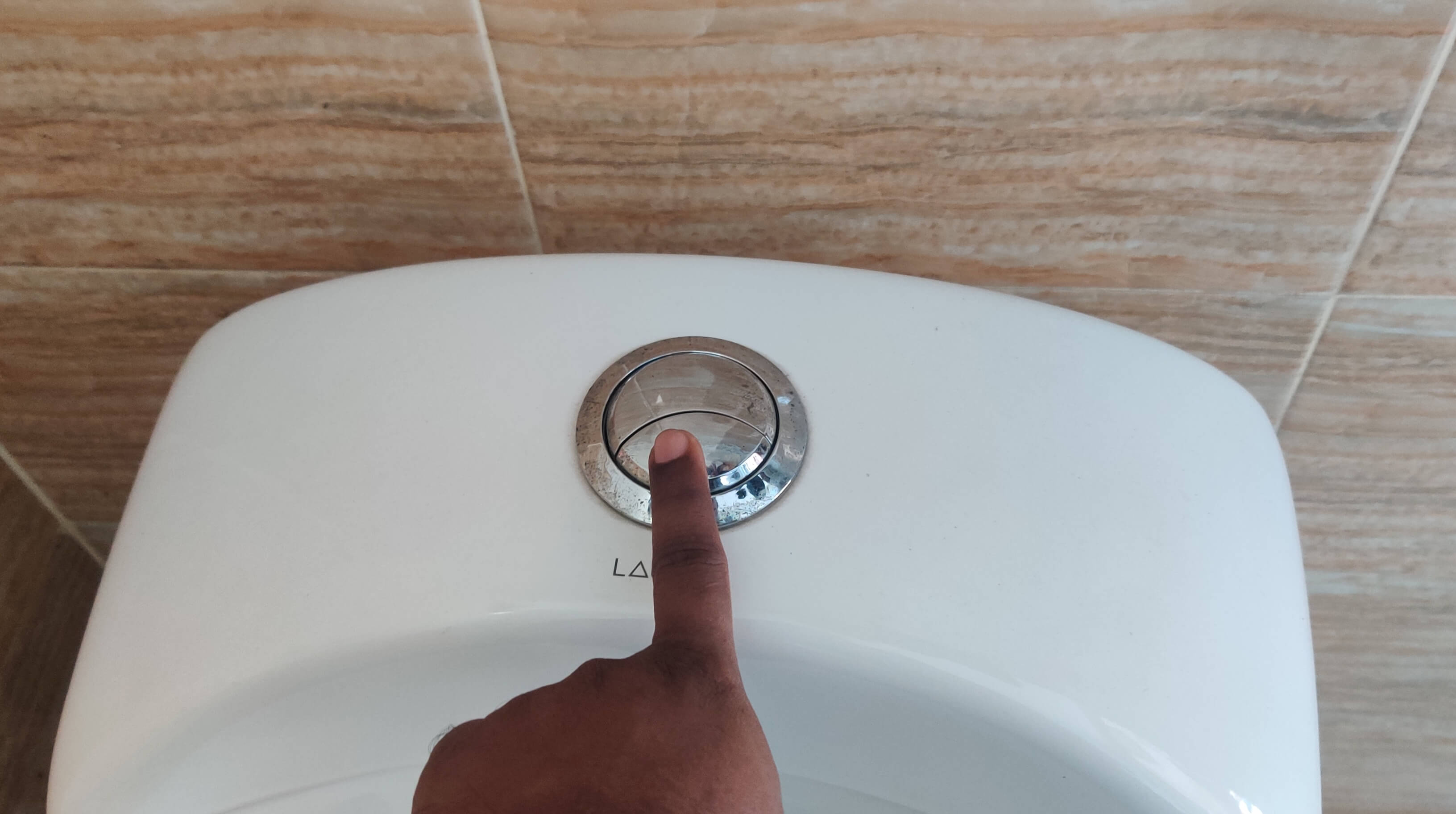 Fixing A Running Toilet With A Button Flush Yourself

Now you might be wondering how you can do it yourself. Let us clear the air by revealing that we suggested it because we will now explain how to fix a running toilet with a button flush for you to do it yourself without any help or calling the plumber. So, without further ado, let’s begin.

However, at present dual flush toilets are the most used and popular button flush toilets. Quite naturally, when multiple people use a toilet, most of the time, it requires less water flushing because it’s liquid wastes. But if there are no two options, then you have to flush way more water without any reason, after every use. Which basically results in water wastage and an increase in the water bill.

When you have a button flush toilet, you have the option to half flush and full flush. Half flush is for the liquid waste where you require less water usage than cleaning up the solid waste where you, of course, need double the quantity of water to clean the bowl.

Understanding The Anatomy Of The Button Flush

The button flush toilet will, of course, have a tank, a cistern with a lid. The lid will have a button on the top that is connected to the flush valve or outlet. Connected, in a sense that, when you push the steel button, the small pipes or links right beneath the lid where the button is up on the cover will push the flush valve and release water with the internal flushing mechanism.

The flush valve also includes the overflow pipe, which is basically a pipe that works as a marker of the water level in the tank, and also stops the tank from flooding. It’s the barrier so that the water in the tank remains a certain quantity, and that quantity is decided and controlled by the fill valve or inlet.

Now, a running toilet can happen due to several reasons, But there are three common reasons. And these reasons are related to the flush components only, which are the flush valve or outlet and fill valve or inlet. And if you can solve these common issues, the running toilet fixing will take no time and cost you almost nothing.

The easiest way to understand whether the running toilet issue is due to the flush valve or not is to check whether the overflow pipe has water in it, till the top. If it’s not and the water is on a perfect level, then the issue is definitely in the flush valve, aka outlet. So

Upon removing the outlet, you will notice that the overflow pipe is well-connected to the connection point of the flush valve. Moreover, the thing holding the water from draining was a rubber seal down the flush valve. So

So you will have to replace the rubber seal, which is very affordable and easily found in shops nearby. If it’s an emergency, you can remove the seal and try to flip it and use it. Basically, you make do with the unused side of the seal. In most cases, it works but might not be a complete solution. But till the time you get your new rubber seal, it will work.

If the rubber seal is not damaged, then the second reason for the running toilet could be the disc that goes up and down with the push on the flush button.

If you notice that the water is in the overflow pipe, understand that your tank is filling too fast and too much as the fill valve is not adjusted correctly.

Why does my push button toilet keep running?

Your push button toilet can keep running for many things. Such issues appear because of toilet button malfunction, breaking parts and filling the tank too soon. If you find such defects in your toilet push button, fix them soon.

Is my push button toilet not flushing?

Sometimes, you may notice the push button not flushing the toilet. It can happen if the buttons spring back, breaks, worms out or get damaged. An unclean seal can also cause such problems. Try to clean the seal properly and flush again. If the problem isn’t gone yet, call a professional plumber.

The thumb rule of DIY is that the process has to be comfortable and doable for regular people. And our motive was to explain the method, thus and thus, that you instantly understand how to do it most easily and quickly. Fixing a running toilet with a button flush is a matter of a few minutes. But if nothing works, do not live with a running toilet as if the constant annoying noise, ghost flushing, waste of water don’t matter. Call the plumber and fix the problem pronto.