One of the most tiresome things is having a leaking toilet. If your dual flush keeps leaking, it’s a sign that it’s leaking. Thus, it could soon turn into a massive headache. After all, who would want a running flush that wastes water for no reason?

One of the foremost reasons behind a leaking flush is a leaking dual flush valve seal. It’s probably become too old for use, or the seal beside the rim is broken.

Sometimes, we’ve noticed a fill valve not being to determine when to stop filling up the tank, and it becomes the sole reason for the continually running flush.

Thus, to solve all your issues, we’ve prepared this article solely. We’ll help you determine precisely where the problem is residing and the possible ways you can fix them. Hence, without any further ado, let’s start! 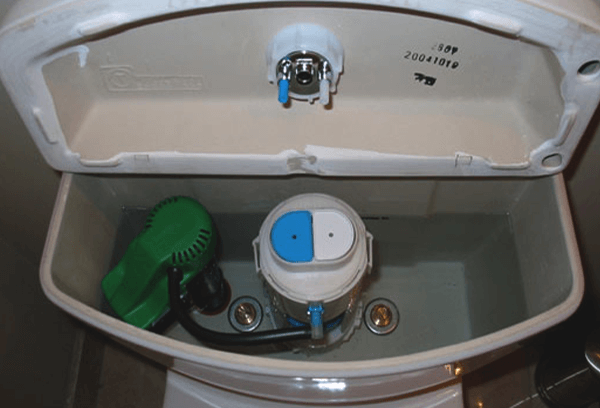 The tank is likely to continue to fill if the filler valve is leaking continually. Most likely, that’s the reason behind the entire scenario of excess water filling your toilet.

In the majority of bathroom cisterns, the fill valve is to the left. Whenever the tank has been flushed, the toilet is connected to the water supply line that maintains the tank water volume. The dual flush toilets have a separate float mechanism for the freshwater reservoir.

Besides, the float regulates the water volume in the toilet’s bowl. When you flush the bathroom, the float sits at the bottom of the tank until the valve is opened.

The float valve will rise to the set point, where it will stop. The toilet tank can be flush until the water is 1 inch inside the tank. The tank is continuously refilled while the toilet’s water level is placed over the overflow pipe’s recommendation.

Rather than the toilet float, the rest of the equipment can be broken. This will then necessitate the tank’s being filled all the time. The overflow pipe is in the tank channels excess water to the bowl to discourage over-flowing.

Hence, it’s easily understood that there’s something wrong with the fill valve or the toilet seal and that it needs change. Whether it’s a replacement or a quick fix-up will be determined through its condition.

How to Determine the Problem

The easiest way to determine whether you have a broken seal or a non-functioning valve can be determined through a quick examination.

Firstly, we always suggest our readers safely place the toilet seat as well as the cover of the toilet somewhere safely.  In this process, since you’ll need to uncover your bathroom, it’s highly recommended that you don’t miss this step.

Now, you’ll want to check the water level inside the tank. It’s going to be right beside the overflow tube. Notice if the water is running past the tube. If it is so, you can assess that the toilet float is broken. You can easily reposition the height of the float with a few quick steps.

Under the tank, you can notice a screw made of plastic. This screw changes the water depth. Use a screwdriver to make the screw loose and screw onto your left. Switch on the faucet to see the rise in the water volume. It should be below the overflow drain. If it’s not, screw it an inch or two lower than the overflow tube, and it should be fixed.

However, if the height is positioned correctly, you’ll have to replace the valve with a new one.

But, if you don’t see an issue with the tank’s water level, the problem is in the primary seal of where the water is flowing from. When the seal is broken, it can lead to uncontrollable water flow, which is constant even when the flush isn’t in use.

How to Fix Toilet Running Issue

Most of the times, the main issue is with the seal of the toilet. You’ll have to fix it or replace it depending on the scenario. Hence, let’s get into it!

Firstly, you’ll have to turn off the main water supply, so no water gets in while you’re working. Make sure to get in there and turn off the main toilet shut-off valve. Now, keep the flush handle down to drain as much water as necessary from the tank.

Since the preparation is done, you can get rid of the tank lid. To open the dual flush valve, keep it and turn clockwise to get it out.  Now you’ll want to look for harm to the seal of the toilet carefully.

If it seems worn or has hardened, so you need to replace it. It’s elastic, and it’s constructed of rubber. Hence it’s easy to determine the condition through looks. Replace the existing valve and insert the latest one.

Conversely, to that, scrub it with running water in a drain. Often note to wash the seat where the seal lies, so you don’t have to face this situation often.

If the seal was off, try to repair it. You can also apply Vaseline, which assists in sealing. Now you should be re-attaching the valve and proceed to straighten the handles like they were before.

Then, flush the toilet and leave the tank running. Examine the bowl for dripping liquid. To determine whether it’s scorched, hold toilet paper on the bottom and press it to see how it stays dry.

To conclude the procedure, flush the toilet and shut the lid, and see how everything functions.

If there’s any other significant problem that you may determine, make sure to get it looked at by a professional. These issues are simple for homeowners to identify and fix. If you cannot find a workaround to your dual flush toilet, so you will need to contact a plumber. Trouble-shoot your dual flush to get your toilet running right again.

Hence, we hope you’ve learned how to solve your dual flush toilet running issue easily from our article. Till the next time, be safe!